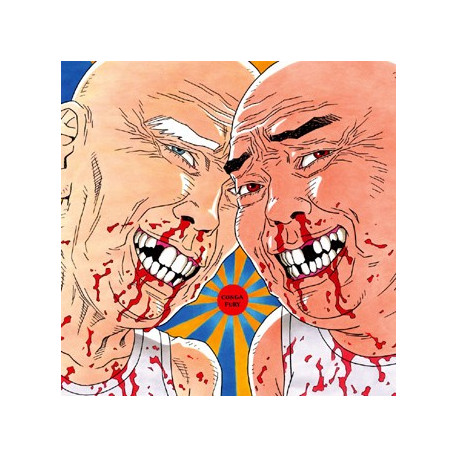 With a name like CONGA FURY, you can probably guesswhat you are getting: Total Japanese thrashcore destruction!!! This band's innocent looking demo kicked Six Weeks' fucking ass for the last three months, but this new material is hands down one of the meanest, nastiest thrash records to come from Japan in a while. Originally destined to be released by Slap-A-Ham Records (now defunct), Six Weeks has been hand picked to be the only label on the planet worthy of releasing this monster hardcore disc. Along with the god-like chaotic noise of this band (members include a cadre of secret Japanese scenesters) you get full color Japanese anime-styled artwork and a 12 page booklet that totally amazes the eye. If out-of-controlJapanese thrash is your game, start the pit with this crazed mayhem!!!
(SIX WEEKS)
http://www.myspace.com/congafuryspeedteam