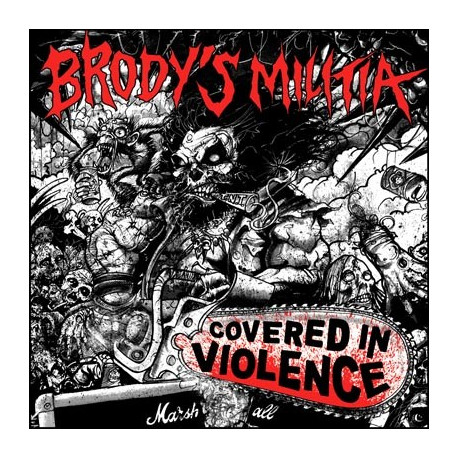 Recorded 2001 through 2010 and featuring damn near every idiot who has ever played in the band plus a few special guests! From the thermonuclear caterwauling of the early years to the hardrock chainsaw barbarity of the current abomination, these recordings span BRODY’S MILITIA’s entire decade-long career of rampant idiocy.
(RSR)
http://backwoodsbutcher.bandcamp.com/album/covered-in-violence-lp