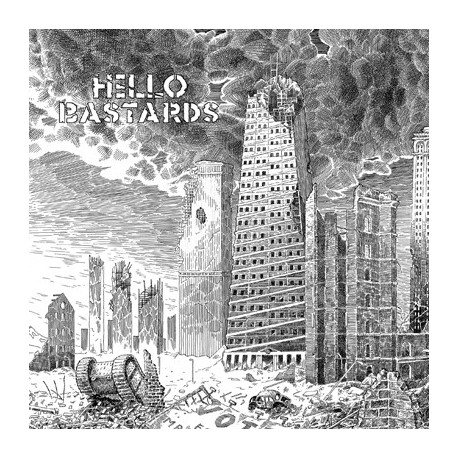 21 songs of HC/Powerviolence Veganarchist Straight-Edge, HELLO BASTARDS are a collective from around the world who have been living in London for many years. This band was started to give voice to our views and beliefs, and to encourage punk music to become a political threat again.
Punk nowadays means nothing. It has been dilapidated and absorbed by the system, the threat that was the essence of punk music has evaporated. Most bands do not have a message and most bands have forgotten that punk music is political.
(IFG)
http://hellobastards.co.uk/