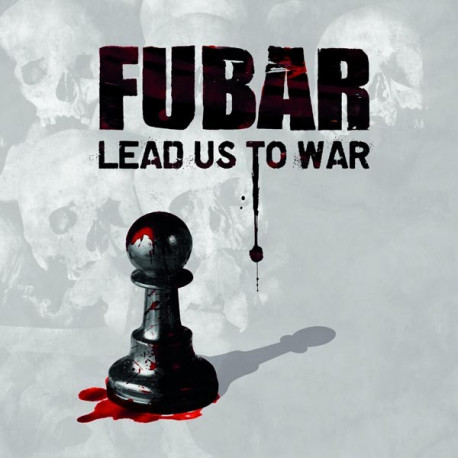 During the existence of F.U.B.A.R. (more than ten years) I heard them several times, both on CD and live. Despite the anger and energy it wasn’t really my band due to the fact it was just full throttle without great song structures. The fact the band isn’t the tighest on earth didn’t help either, but when you play oldschool grindcore mixed with fast hardcore that isn’t the main goal of course. With ‘Lead Us to War’ they improved the sound quality immense and also the band performs a lot tighter. The agression and the loathing towards social and political issues can be heard better than ever, Besides the fast grindcore/hardcore the title song is a doomy crust piece of 4 minutes in the vein of Dystopia. Feedback, slow ‘n heavy guitar riffs and vocals if someone’s dying is totally fitting up the fuck off mentality of F.U.B.A.R. This song is one of the most outstanding tracks and it would’ve been a wise decision to write more of these tracks that will flow with the constant stream of high velocity ragers. To conclude: this is the best album of Fucked Up Beyond All Recognition but they still can improve more.
(POWER IT UP)
https://fubar.bandcamp.com/album/lead-us-to-war-3