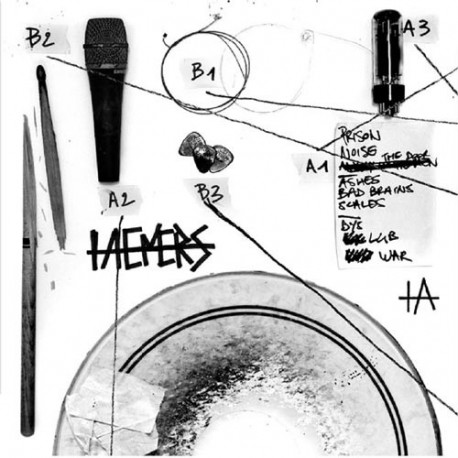 Patrick Haemers was a criminal from Brussels who was part of a gang known for its violent robberies on money transports back in the 80s. At the end of that decade, this gang kidnapped a famous and rich Belgian politician, for whom they asked ransom which they got. However police were on his tail as they arrested a few involved. But by then Haemers was already in Rio De Janeiro. A bit like Ronald Biggs' story innit?
So this band took up his name to unleash their violent attacks onto us, successfully so. The new breed of stomping Boston style 80's HC, pissed off vocals. Ex-members of Hessian (A.D.), Vogue and Imagianary Dictionary = they sound like a blend of these three bands actually.
The EP contains the 3 demosongs as well as 3 more unreleased songs!
(LONER CULT)
https://lonercult.bandcamp.com/album/haemers-ep