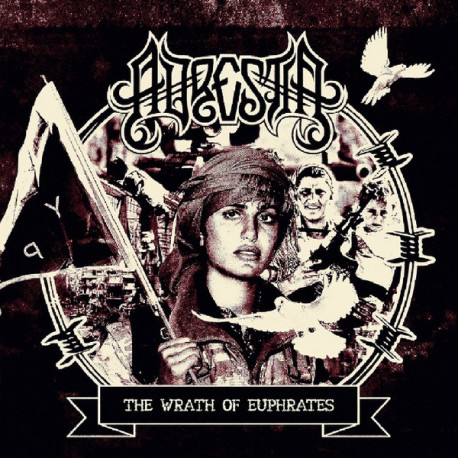 Adrestia: D-beat Crust Punk with a touch of old school death metal. No illusions, no utopias. A reflection of harsh reality.
Adrestia's music is a mix of crust punk and old school swedish death metal. The lyrics are mostly reflections of the time we're living in, the conflicts, the dictators, the religious freaks, the fundamentalists and the freedom for which we all yearn.
The members are/have been involved with other bands such as Shades Of Grey, Future Ruins and Ognemot.
Adrestia made their first recording in early 2016 in Hoborec studios in Jönköping. The LP "The Art Of Modern Warfare" was released 2017, followed by a two week European tour. The album The Wrath Of Euphrates is scheduled for release on July 26 2019.
(LONER CULT)
https://lonercult.bandcamp.com/album/the-wrath-of-euphrates