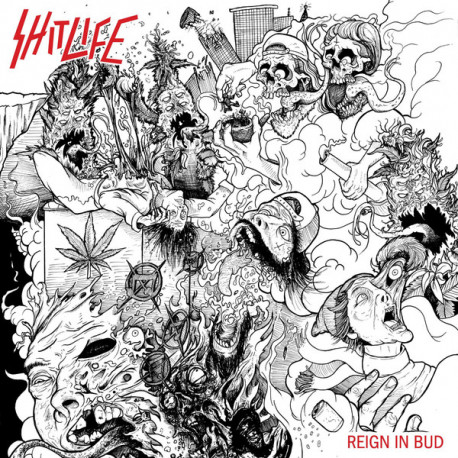 New album from this Michigan Grindcore band. Formed in 2009 Shit Life was put together by Zach and Chris during a period of inactivity with their black metal band Enochian. The band has released a number of splits, and a LP in 2017. 30+ minutes of hyper speed, maniacal Midwest Grindcore, the potent hybrid of death metal and hardcore punk that emerged in the 1980s with bands like Repulsion and Napalm Death, incl. Black Breath (Repulsion Cover) and Bad Vibrations (Razor Cover), limited to 300 copies.
(RSR)
YOUTUBE