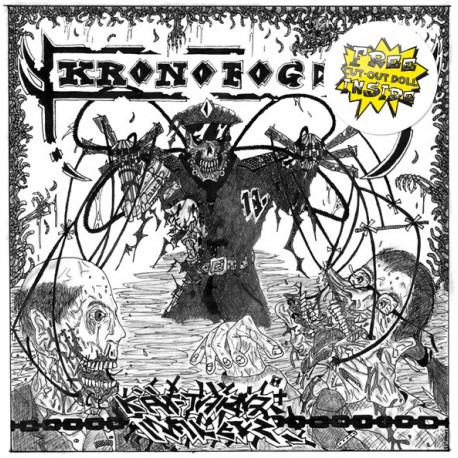 Let me introduce you to your new favorite band – wheter you knew of their existence or not.
Kronofogden hail from the angry parts of Hudiksvall in the north of Sweden and have made a racket since 2009. In 2011 they released their 15-track CD/tape "Rid i natt" and in 2012 their split LP with Inkvisitionen was released. We now have 2013 and and it's time for these youngsters to get their tunes carved into a 7? vinyl.
Four tracks of high speed hardcore punk. Three short and pissed off ragers, that range from just under one minute to almost two minutes, and one longer, but equally raging, tune. This is one enforcement officer you want to have knocking on your door.
(BLINDEAD)
http://kronofogdenband.blogspot.fr/